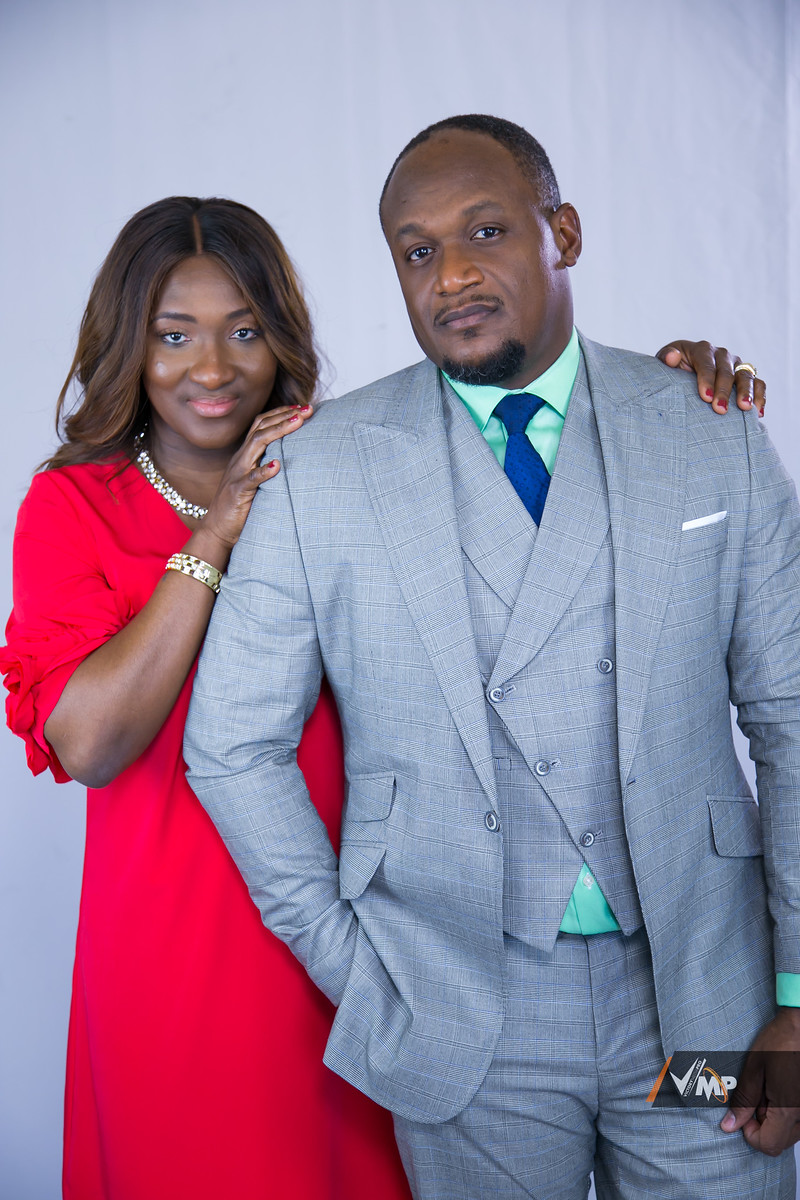 They have three handsome boys named Elijah, Elisha, and Ethan. Born in Abidjan, Ivory Coast, Apostle Tanoh grew up in a Christian Family. From the age of 4 years old, he knew he was born to be a servant of God. Unfortunately, during his childhood years, he found himself slowly straying away from the faith. ,  a prodigal son, with the persevering prayers of his dear mother, he later returned to the Lord at the age of 17.

Knowing that He had a calling on his life, but not yet sure which direction the Lord will have him pursue ministry, he elected to obtain a Masters in Economics. He later acquired a second degree in Business Administration with a Certification in Telecommunication Engineering.

He was simultaneously serving in his local church in 1998 as a Youth Pastor, Choir Director, and became one of his Senior Pastor Armor Bearer. With Likeunrelenting passion for service and surpassing dedication under the Ministry of his Spiritual Father Bishop Mian Leon, Apostle Tanoh was ordained a Prophet in 2002.

Ever since then, Apostle has excelled in ministry with a strong prophetic unction, an utterance of the profound revelation of God’s word followed with great signs and wonders.

While ministering in Abidjan, the economic capital of the Ivory Coast, God opened the door for Apostle Tanoh and his family to relocate to the United States in the State of California.

In 2006, the Lord revealed instructed his servant  to move to Dallas, Texas, and serve as instruments to deliver God’s people, especially the youth, “GO TO DALLAS, THE YOUNG GENERATION IS DYING.” Apostle Tanoh and his family eventually moved to Dallas in December 2006, where he started a teleconference prayer group with participants spread across the US, Canada, and Ivory Coast.

With God’s grace, what started as a tiny prayer group quickly grew within months and eventually led to a prayer cell. The Dallas prayer cell met regularly for a few months until the Lord instructed the Apostle that the prayer cell should become a church.

Overcomers Ministry Church (O.M.C.) founded on August 13th, 2007. Today, G.V.M.C. is a churchgoer and Spirit-filled church with two more branches in Austin, Texas, and Omaha, Nebraska, with several prayer cells across the world.

God has called his servant not only to be a gift to his local church but to be an APOSTLE TO THE NATIONS.

His passion has been to train the leaders of the next generation.  Many of his mentees have testified the significant impact in their spiritual growth, more in-depth insight and revelation of the word of God. It is almost impossible to hear a message from Apostle and remain the same. Apostle Tanoh is always challenging his audience to dig deeper and unveil the Rhema from God’s Word.

Experience heartfelt worship, good friends, and a refreshing look into God’s Word in a comfortable, casual setting. Spring, Summer, and Fall semesters offered. The church is committed to coming alongside families in a way that helps strengthen and grow them.

We look forward to connecting with you and growing with you as we experience God’s love together through moments. Spring and Fall semesters offered.

Who We Are
OUR STORY

In 2006 the Lord revealed Himself to His servant the Apostle Guy J. Tanoh who at the time was living in California with his wife. The Lord instructed them to move to Dallas Texas where they will serve as an instrument to deliver God’s people, especially the youth.

Apostle Tanoh and his family moved to Dallas in December 2006. Being new to the area and while still awaiting directives from the Lord, he started a teleconference prayer group with participants spread across the US, Canada and Ivory Coast. What started as a very small prayer group quickly grew within months and eventually led to a Dallas prayer cell being formed. The Dallas prayer cell met regularly for a few months until the Lord instructed the Apostle that the prayer cell should become a church. La Generation des Vainqueurs Ministry Church was founded on August 13th 2007 and Sunday services were held as a small gathering for the next few months.

Today, led by Apostle Tanoh, the Lord has graced La Generation des Vainqueurs Ministry Church and established it as a Bible based and Spirit filled church. Our mission is to glorify our almighty God through a prophetic ministry of healing and deliverance with a special focus on supporting and encouraging the youth through the gospel of Jesus Christ our Lord and Savior.